The cool clouds of Carina 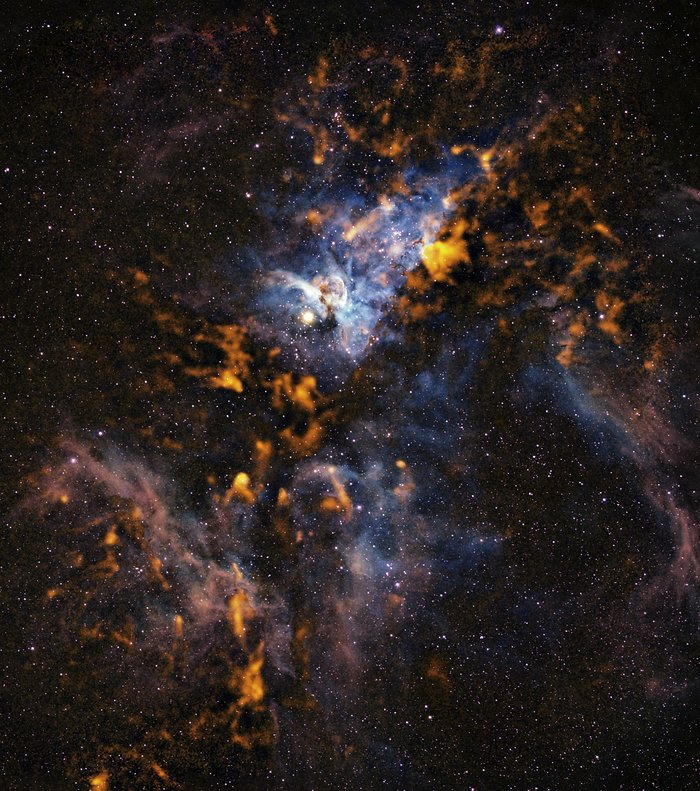 Observations made with the APEX telescope in submillimetre-wavelength light at a wavelength of 870 µm reveal the cold dusty clouds from which stars form in the Carina Nebula. This site of violent star formation, which plays host to some of the highest-mass stars in our galaxy, is an ideal arena in which to study the interactions between these young stars and their parent molecular clouds.

The APEX observations, made with its LABOCA camera, are shown here in orange tones, combined with a visible light image from the Curtis Schmidt telescope at the Cerro Tololo Interamerican Observatory. The result is a dramatic, wide-field picture that provides a spectacular view of Carina’s star formation sites. The nebula contains stars equivalent to over 25 000 Suns, and the total mass of gas and dust clouds is that of about 140 000 Suns.