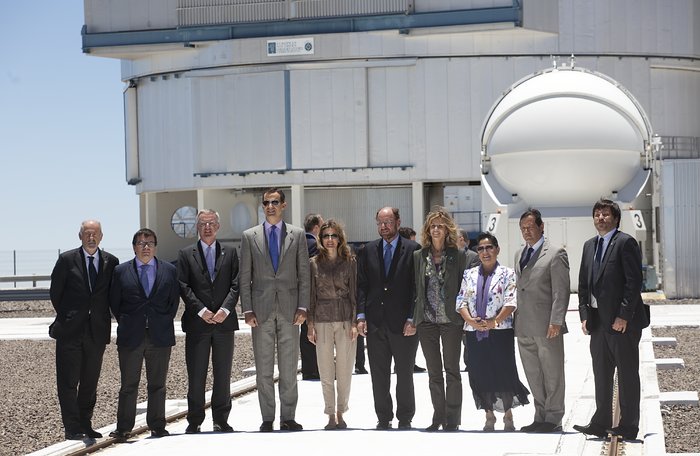 From left to right in this photograph are: the ESO Representative in Chile, Prof. Massimo Tarenghi; the Spanish delegate and vice president of the ESO Council, Prof. Xavier Barcons; the ESO Director General, Prof. Tim de Zeeuw; Their Royal Highnesses the Prince and Princess of Asturias; the Chilean Minister of Foreign Affairs, Alfredo Moreno; the Spanish Minister of Science and Innovation, Dr Cristina Garmendia; the Intendente of Chile's II Region, Alvaro Fernandez and his wife; and the director of the observatory, Dr Andreas Kaufer. The Chilean Minister of National Assets, Catalina Parot, also accompanied the group.