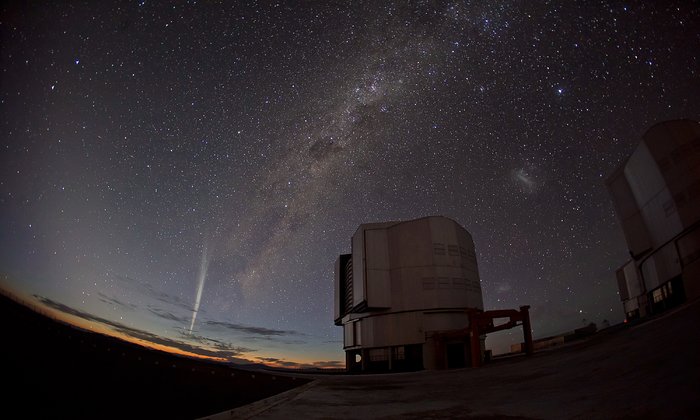 ESO optician Guillaume Blanchard captured this marvellous wide-angle photo of Comet Lovejoy just two days ago on 22 December 2011. Comet Lovejoy has been the talk of the astronomy community over the past few weeks. It was first discovered on 27 November by the Australian amateur astronomer Terry Lovejoy and was classified as a Kreutz sungrazer, with its orbit taking it very close to the Sun, passing a mere 140 000 kilometres from the Sun’s surface.