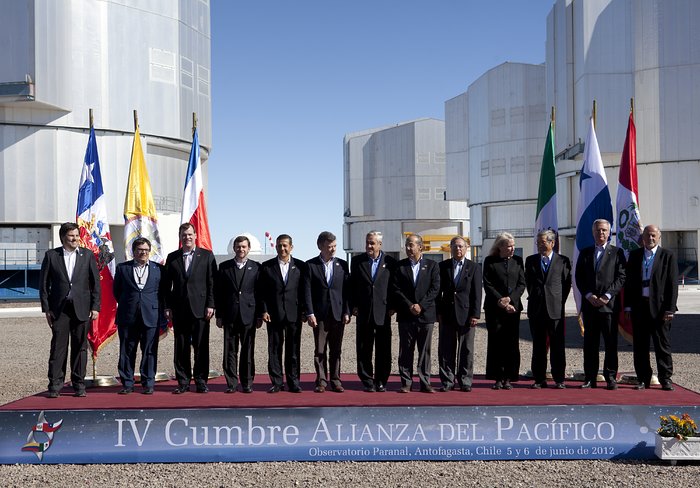 The presidents of Chile, Colombia, Mexico and Peru met on 6 June 2012 at ESO’s Paranal Observatory in the Atacama Desert of Chile, seeing first hand the state-of-the-art telescopes and technology of ESO’s flagship site. The presidents gathered at Paranal for the fourth Summit of the Pacific Alliance, at which the Alliance’s Framework Agreement was ratified.