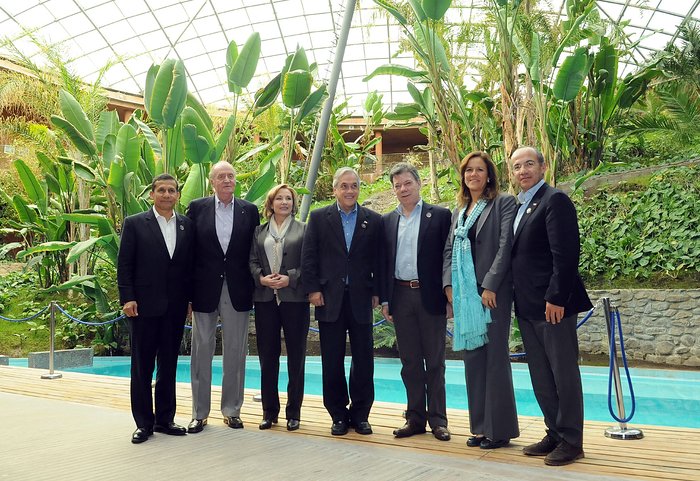 On a visit to ESO’s Paranal Observatory on 6 June 2012, the King of Spain had lunch with the Presidents of Chile, Colombia, Mexico and Peru. The Presidents were at Paranal for the Fourth Summit of the Pacific Alliance (see eso1223 for more information about the summit). The King came to Paranal on the last day of his official visit to South America, in which he visited Brazil and Chile, before returning to Spain.