President of the European Council, Herman Van Rompuy, during a visit to the Paranal Observatory 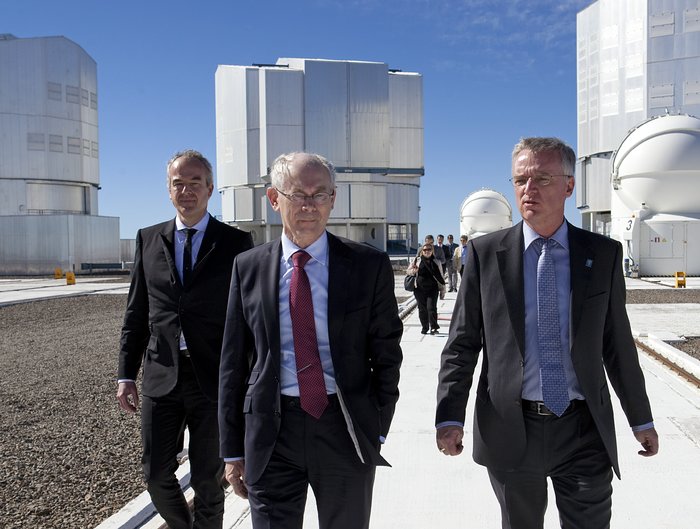 Following the Summit of the Community of Latin American and Caribbean States–European Union (CELAC–EU) in January 2013, ESO’s Paranal Observatory was honoured with a visit from the President of the European Council, Herman Van Rompuy. The President was taken on a tour of the observatory by Tim de Zeeuw, ESO’s Director General, where he admired the four 8.2-metre telescopes which comprise the Very Large Telescope (VLT), the most advanced optical/infrared telescope in the world. He also toured Paranal’s award-winning Residencia, the observatory’s accommodation and office building.

President Van Rompuy appears in the centre of the picture with the ESO Director General, Tim de Zeeuw, on the right and ESO’s Head of Administration, Patrick Geeraert, on the left. Several VLT Unit Telescopes are visible in the background.