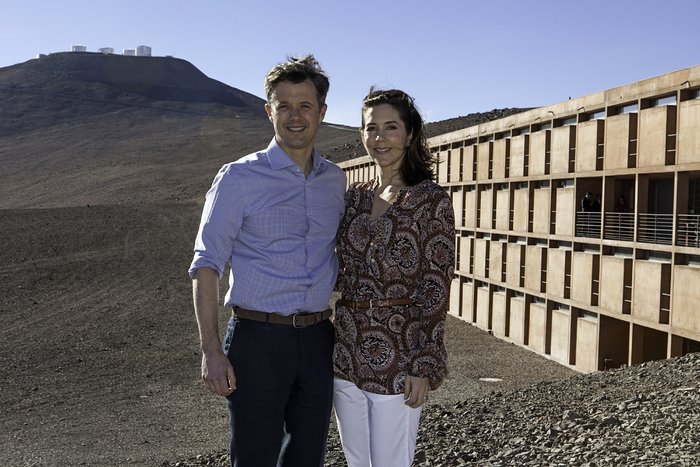 In this picture the Crown Prince Couple are pictured in front of the Residencia, where visitors and staff are accommodated, and the Very Large Telescope appears at the upper left.