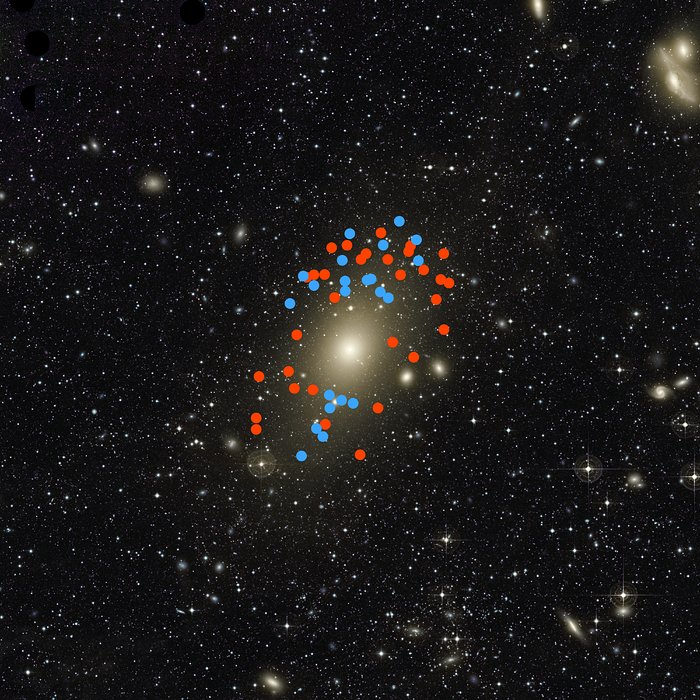 The red and blue dots mark the position of the planetary nebulae whose motion revealed that Messier 87 has recently been struck by another, smaller galaxy, which has now fully merged with it. Those marked in red are moving away from us, and the blue ones toward us with respect to the galaxy as a whole.