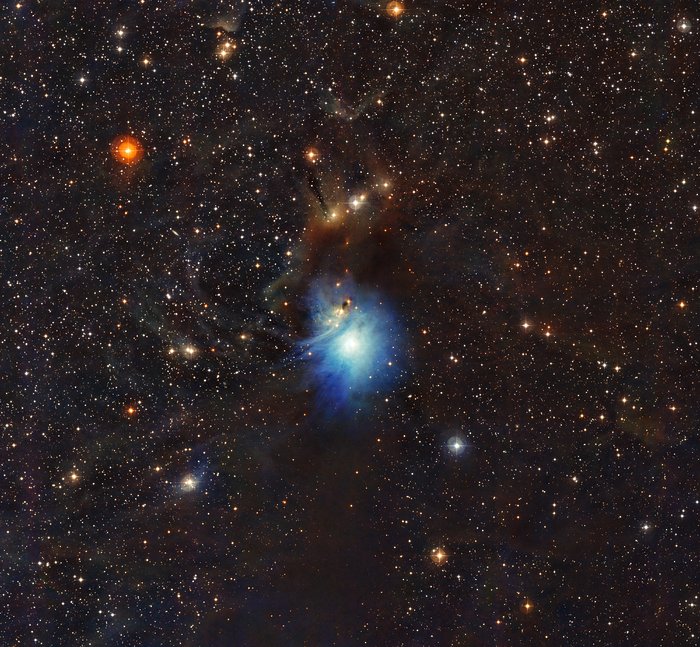 A newly formed star lights up the surrounding cosmic clouds in this image from ESO’s La Silla Observatory in Chile. Dust particles in the vast clouds that surround the star HD 97300 diffuse its light, like a car headlight in enveloping fog, and create the reflection nebula IC 2631. Although HD 97300 is in the spotlight for now, the very dust that makes it so hard to miss heralds the birth of additional, potentially scene-stealing, future stars.