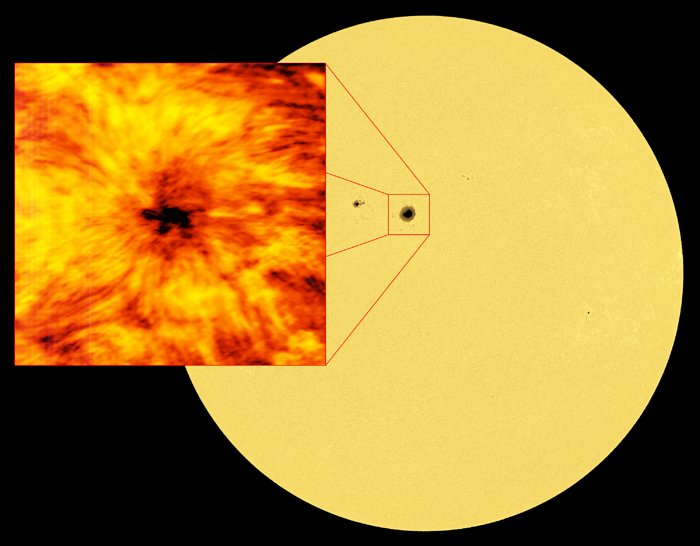 This image of the entire Sun was taken in the red visible light emitted by iron atoms in the Sun’s atmosphere. Light at this wavelength originates from the visible solar surface, the photosphere. A cooler, darker sunspot is clearly visible in the disc, and as a visual comparison is shown alongside the image from ALMA at a wavelength of 1.25 millimetres.

The full-disc solar image was taken with the Helioseismic and Magnetic Imager (HMI) on board the Solar Dynamics Observatory (SDO).