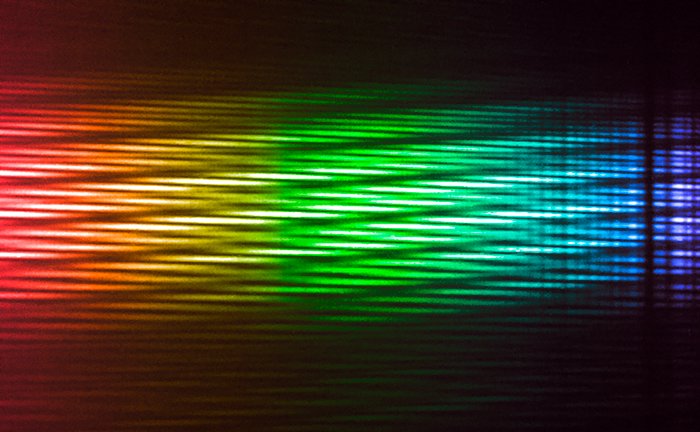 This image is a colourised version of the first MATISSE interferometric observations of the star Sirius, combining data from four Auxiliary Telescopes of the VLT. The colours represent the changing wavelengths of the data, with blue showing the shorter wavelengths and red the longer. The observations were made in the infrared, so these are not the colours that would be seen with the human eye.