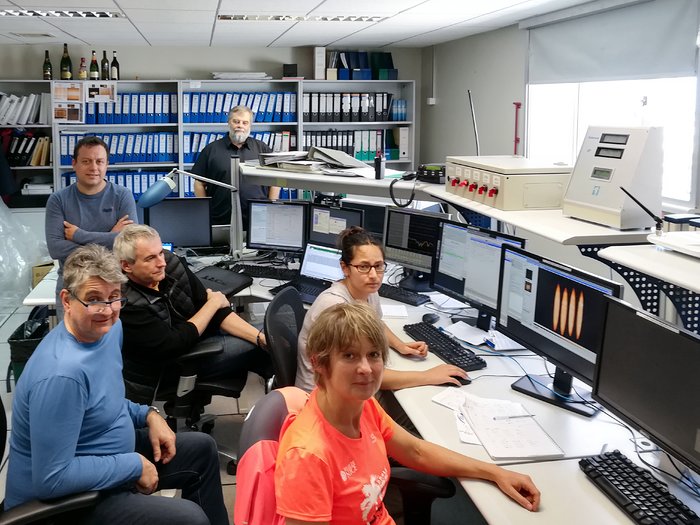 This picture shows some of the team in the VLTI control room.