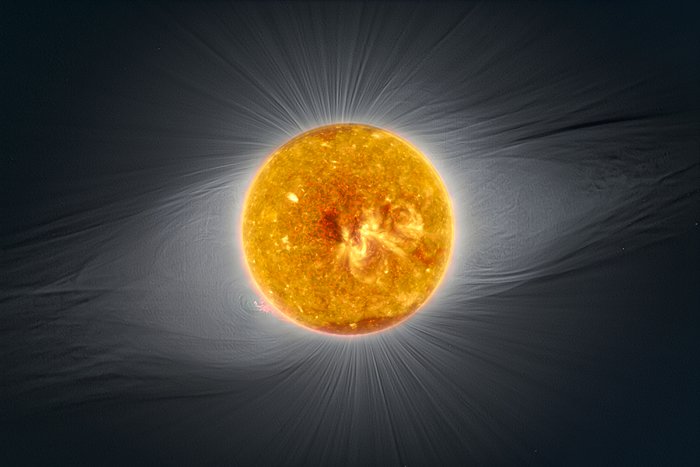 The combination of these different data all captured close to totality shows the complexity of the solar magnetic field during the eclipse. A large, but not powerful active region can be seen in the middle of the solar disk. The poles of the Sun are relatively dark and with more outflow of ions.