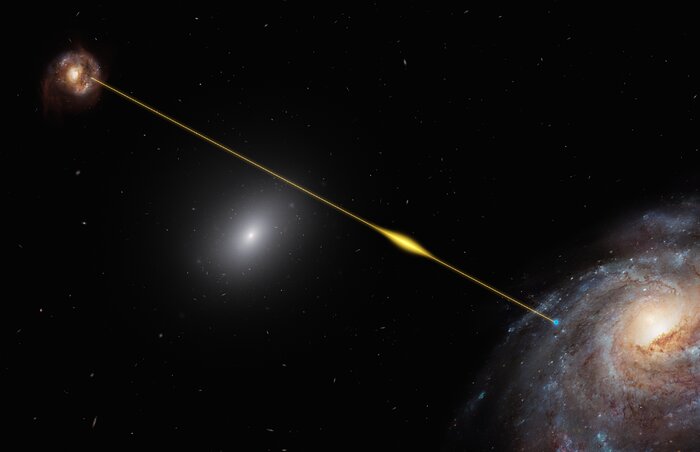 This artist’s impression represents the path of the fast radio burst FRB 181112 traveling from a distant host galaxy to reach the Earth. FRB 181112 was pinpointed by the Australian Square Kilometre Array Pathfinder (ASKAP) radio telescope. Follow-up observations with ESO’s Very Large Telescope (VLT) revealed that the radio pulses have passed through the halo of a massive galaxy on their way toward Earth. This finding allowed astronomers to analyse the radio signal for clues about the nature of the halo gas.