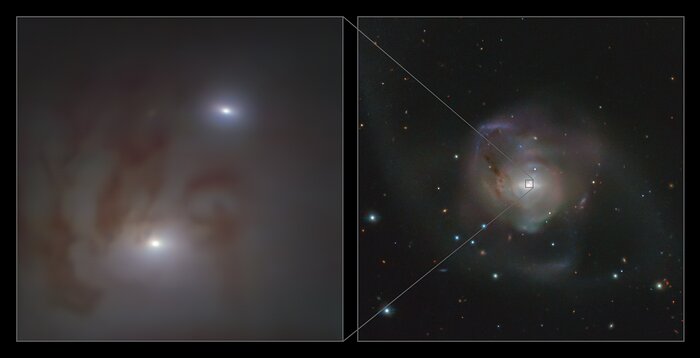 The image on the left was taken with the MUSE instrument on ESO’s Very Large Telescope (VLT) at the Paranal Observatory in Chile while the one on the right was taken with ESO's VLT Survey Telescope.