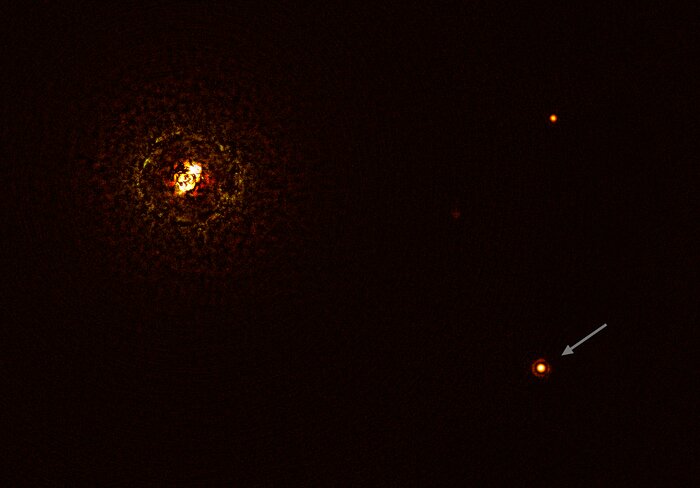 This image shows the most massive planet-hosting star pair to date, b Centauri, and its giant planet b Centauri b. This is the first time astronomers have directly observed a planet orbiting a star pair this massive and hot.

The star pair, which has a total mass of at least six times that of the Sun, is the bright object in the top left corner of the image, the bright and dark rings around it being optical artefacts. The planet, visible as a bright dot in the lower right of the frame (noted by the arrow), is ten times as massive as Jupiter and orbits the pair at 100 times the distance Jupiter orbits the Sun. The other bright dot in the image (top right) is a background star. By taking different images at different times, astronomers were able to distinguish the planet from the background stars.

The image was captured by the SPHERE instrument on ESO’s Very Large Telescope and using a coronagraph, which blocked the light from the massive star system and allowed astronomers to detect the faint planet.