Artist’s impression of a black hole swallowing a star 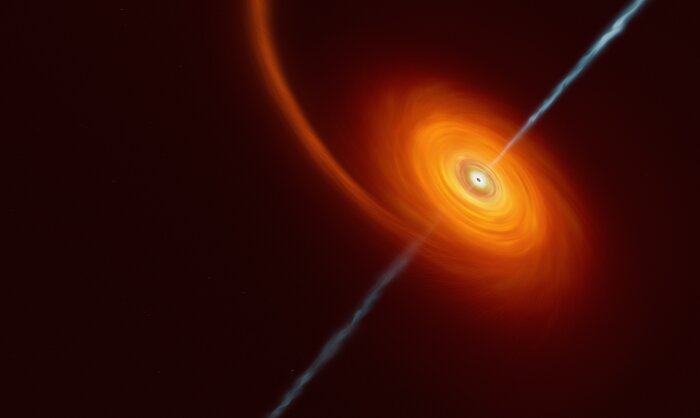 This artist’s impression illustrates how it might look when a star approaches too close to a black hole, where the star is squeezed by the intense gravitational pull of the black hole. Some of the star’s material gets pulled in and swirls around the black hole forming the disc that can be seen in this image. In rare cases, such as this one, jets of matter and radiation are shot out from the poles of the black hole. In the case of the AT2022cmc event, evidence of the jets was detected by various telescopes including the VLT, which determined this was the most distant example of such an event.