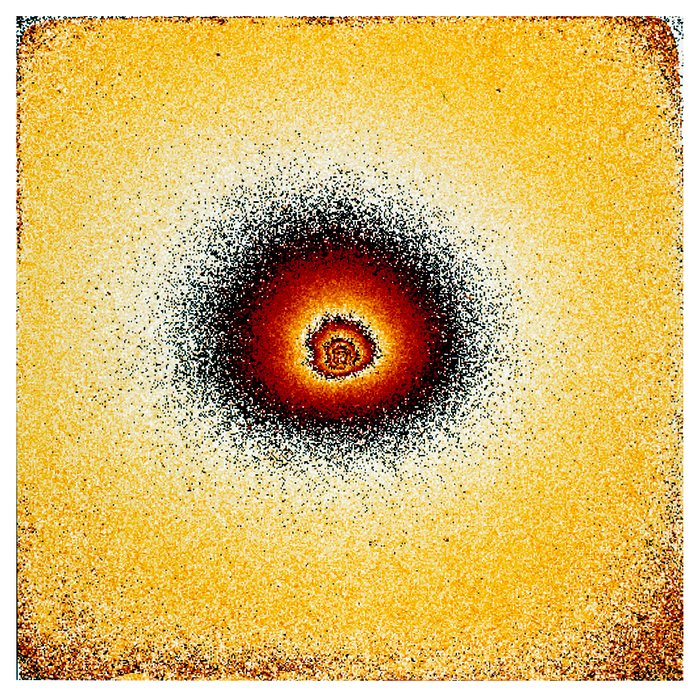 This is one of four images in a series showing the appearance of Comet Hale Bopp in early November 1996. At this time it was approaching the Sun in the sky, and these images are some of the last made by a major astronomical telescope in 1996. They were made by Hermann Boehnhardt of the Astronomical Institute of the Ludwig-Maximilian-University in Munich (Germany). The images were taken at the Danish 1.5-metre telescope with the DFOSC multi-mode instrument on 2 November 1996 around 0 UT. The detector was a LORAL CCD chip (2052 x 2052 pix). The orientation is such that North is up and East is to the left. The pixel size is 0.4 arcsec. At the time of the exposures the comet was just 20 deg above the horizon and still in the twilight sky. The heliocentric distance was 2.49 AU (372 million km) and the Earth distance was 3.05 AU (456 million km). Thus, 1 pix = 885 km. The exposure time was 300 sec. It was obtained in the light of CN-molecules and has been flat-fielded. The field measures about 13.5 x 13.5 arcmin