Installation of the UT2 baseframe 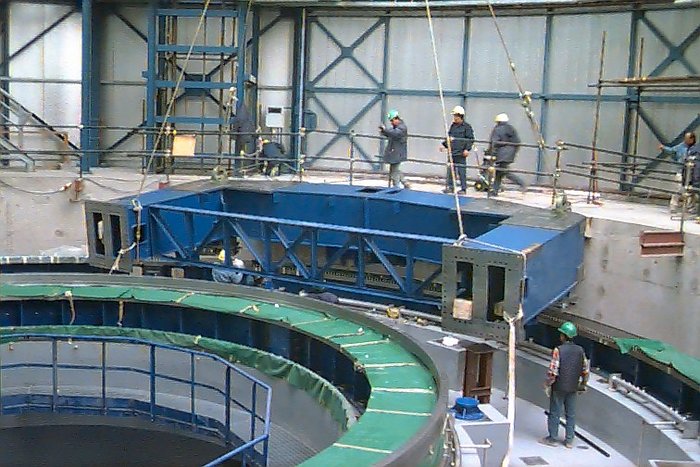 Assembly work on the UT2 telescope structure had also begun in parallel to the UT1 activities, although UT1 obviously had the highest priority. Elsewhere on the mountain, the civil work continued on the auxiliary telescope foundations and the light beam tunnels. Some of the tunnels near UT1-2 had been completed and recovered with earth. This improved access around the mountain top which had been somewhat difficult due to all the excavation work.