The light beam tunnel for UT2 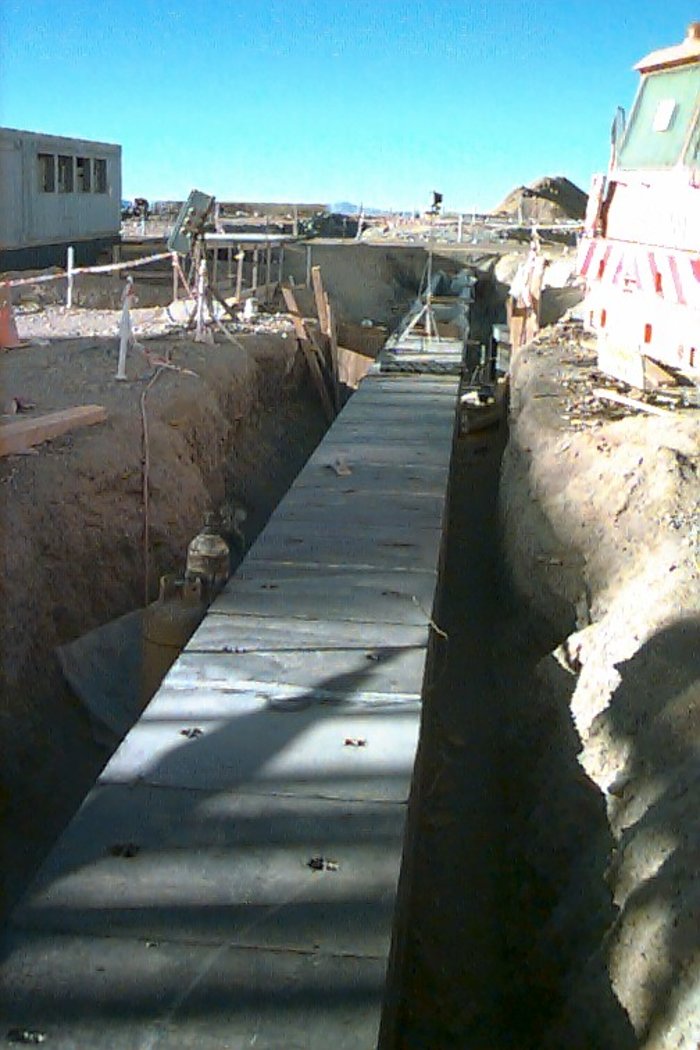 The almost finished light beam tunnel coming out of UT2 heading for the delay line tunnel. The concrete lids had just been put on top. The UT1 enclosure itself was undergoing the last fine tuning and commissioning. This involved adjusting and testing the computer control of the enclosure mechanisms including the enclosure rotation, shutter, windscreen and cooling liquid system. The UT1 enclosure looks more and more like a real telescope enclosure and less like a construction site. Construction and assembly work also continued on the UT2-3-4 enclosures which, at the time, where in progressive states of completion.