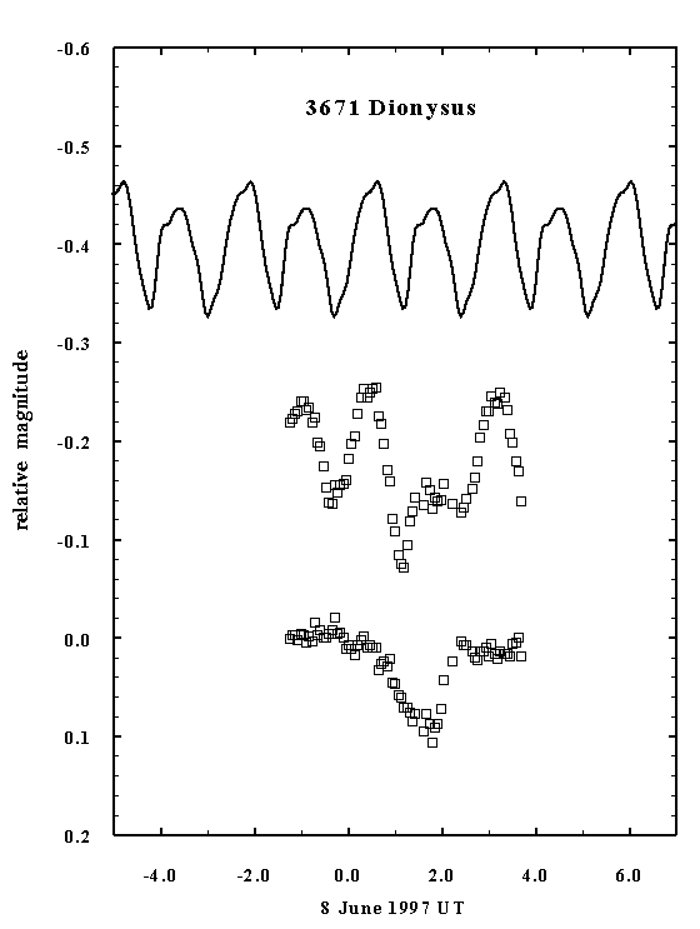 This figure shows the lightcurve data from observations of asteroid (3671) Dionysus, made from ESO on June 8th, 1997. These observations confirm that this asteroid is accompanied by a small moon (natural satellite).

In this diagramme, the abscissa indicates the time and the ordinate the light intensity (brightness), expressed on the logarithmic magnitude scale. The three curves have been shifted vertically by an arbitrary amount so as not to overlap.

The upper curve shows the `normal', periodic light variation due to the 2.7 hour rotation of the irregularly shaped asteroid. This curve has been derived by fourier analysis of photometric observations taken during the period June 1-16.

The bottom curve represents the difference between the observed curve (middle) and the average curve (upper). This procedure `removes' the light variations caused by the rotation of the asteroid. The minimum caused by an eclipse in the double asteroid system is now clearly seen. The similarity with the lightcurve of a partial eclipse in a double stellar system is striking.