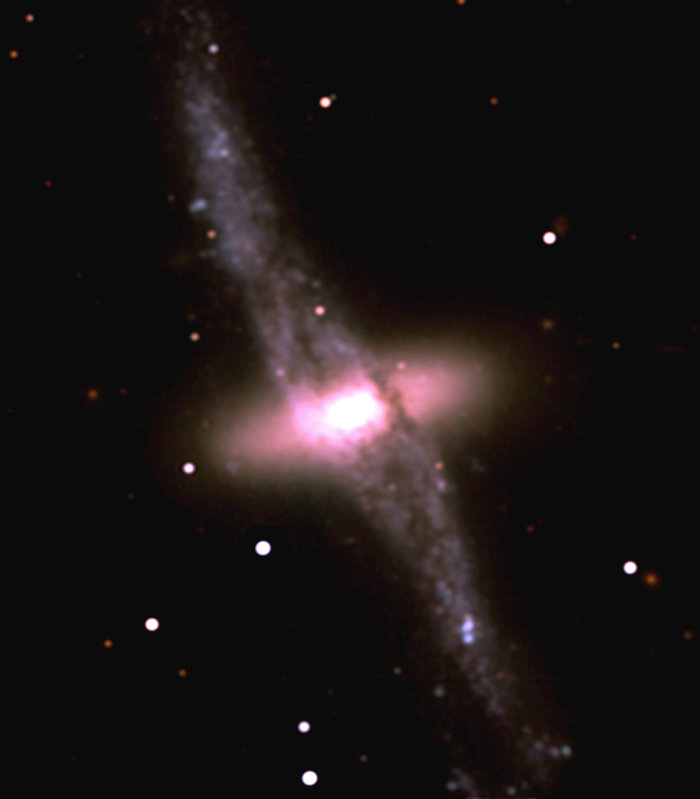 This is a colour photo from the VLT that shows NGC 4650A, a member of the so-called Centaurus chain of galaxies in the southern constellation of that name. NGC 4650A is a complex system that is located at a distance of about 50 Megaparsec (165 million light-years). As it is clear from this high-resolution picture, there are two main components, a lenticular-shaped galaxy (of type S0), surrounded by a knotty extended ring-like distribution of stars, dust and gas, nearly perpendicular to each other.

This is a combination of three 10-min B (blue) exposures (seeing 0.68 - 0.82 arcsec), two 10-min V (green-yellow) exposures (0.55 and 0.77 arcsec), and one 4-min and one 10-min R (red) exposures (0.55 and 0.52 arcsec) with the VLT Test Camera. Individual frames were flat-fielded and cleaned for cosmics, combined and deconvolved with the Richardson-Lucy algorithm to produce a final FWHM = 0.53 arcsec before colour combination. The field measures 1.5 x 1.5 arcmin. North is to the upper left; East is to the lower left.