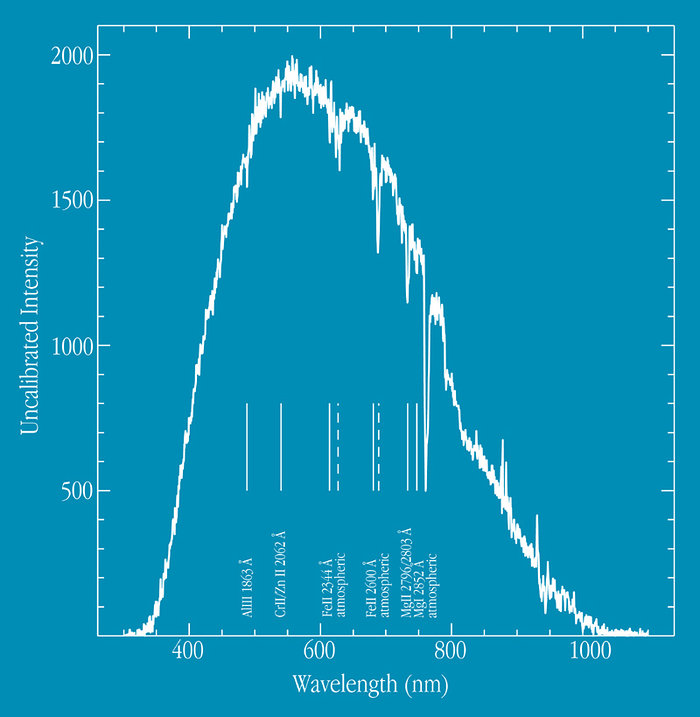 The object of study is the remnant of a mysterious cosmic explosion far out in space, first detected as a gigantic outburst of gamma rays on May 10. Gamma-Ray Bursters (GRBs) are brief flashes of very energetic radiation - they represent by far the most powerful type of explosion known in the Universe and their afterglow in optical light can be 10 million times brighter than the brightest supernovae. The May 10 event ranks among the brightest one hundred of the over 2500 GRB''s detected in the last decade. It is a spectrum of the afterglow of GRB 990510, obtained with VLT ANTU and the multi-mode FORS1 instrument during the night of May 10-11, 1999. Some of the redshifted absorption lines are identified and the stronger bands from the terrestrial atmosphere are also indicated.