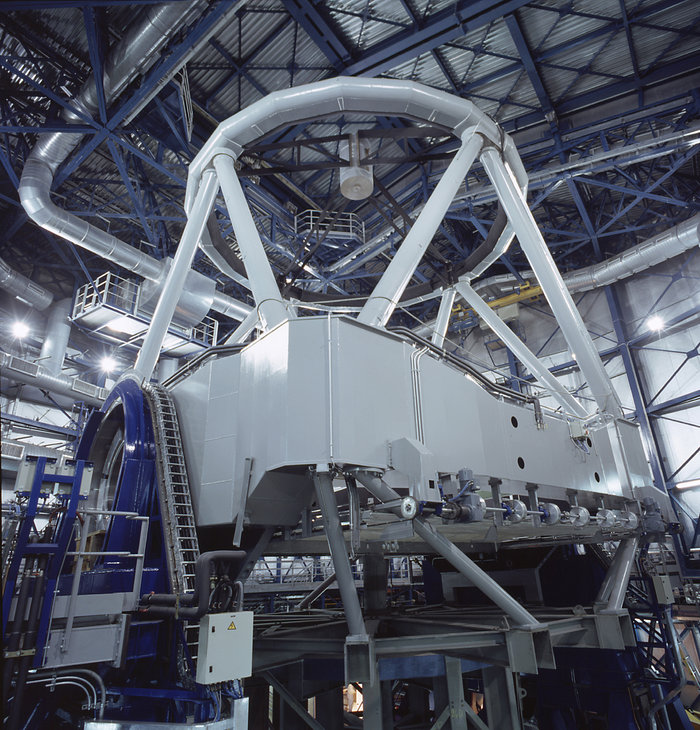 General view of the mechanical structure of YEPUN, the fourth VLT Unit Telescope. The dummy main mirror cell is installed - it was exchanged with the real one in January 2000. To the left is a rotator/adapter (blue) at one of the Nasmyth stations, on which an astronomical instrument will later be mounted.