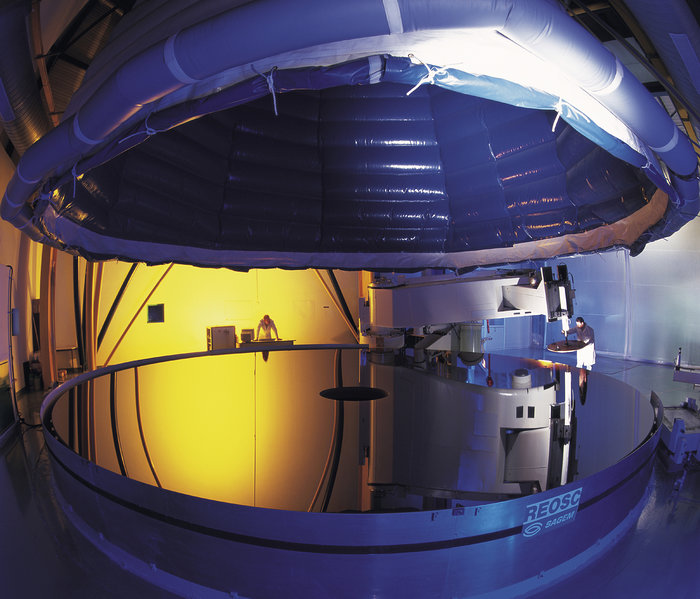 This photo shows the fourth 8.2-m VLT Zerodur mirror during the final phase of polishing at REOSC. On December 14, 1999, REOSC, the Optical Department of the SAGEM Group, finished the polishing of the fourth 8.2-m main mirror for the Very Large Telescope (VLT) of the European Southern Observatory. The mirror was today delivered to ESO at a ceremony at the REOSC factory in Saint Pierre du Perray, just south of Paris. The precision of the form of the mirror that was achieved during the polishing process is 8.5 nanometer (1 nanometer = 1 millionth of a millimetre) over the optical surface. This exceptional value corresponds to an optical resolution (theoretical image sharpness) of 0.03 arcseconds in the visible spectrum. This corresponds to distinguishing two objects separated by only 15 cm at a distance of 1000 km and will allow to detect astronomical objects that are 10,000 million times fainter than what can be perceived with the unaided eye.