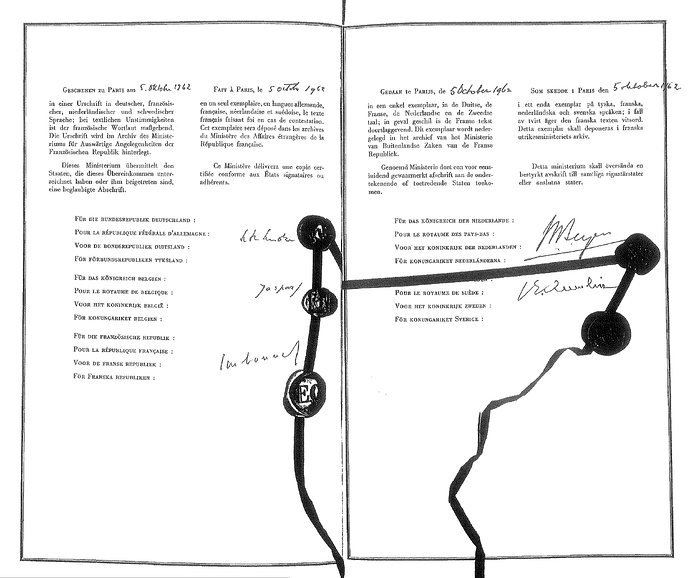 On 5 October 1962, Founding Members Belgium, France, Germany, the Netherlands and Sweden signed the ESO Convention in Paris. Their signatures represented a formal commitment to establish the European Organisation for Astronomical Research in the Southern Hemisphere, today commonly referred to as the European Southern Observatory.