Lying down on the VLT platform 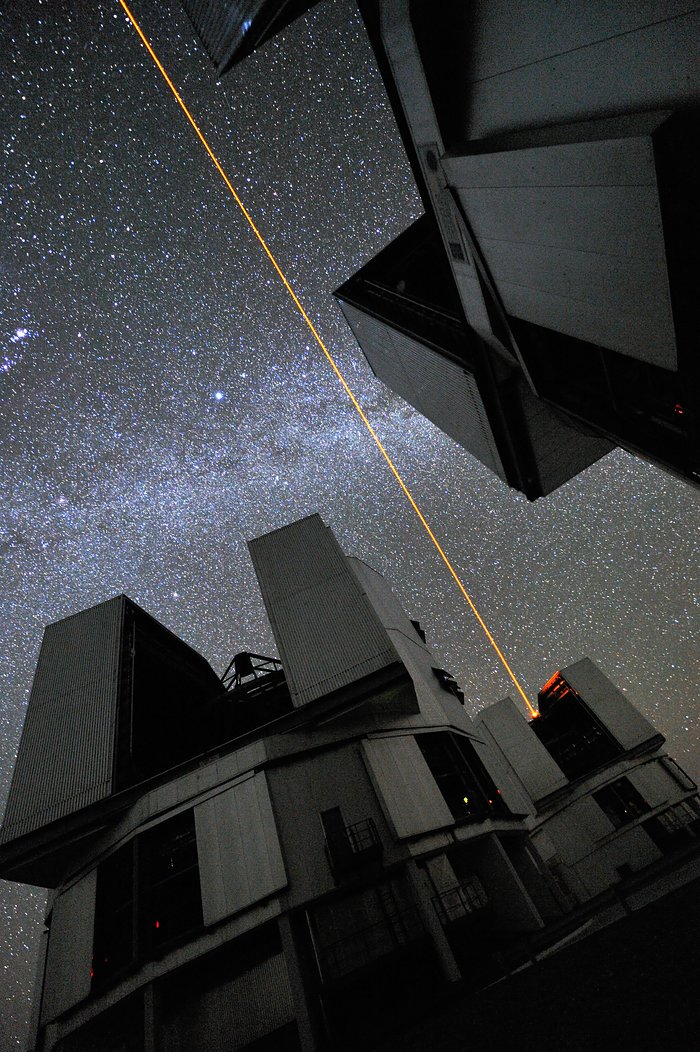 This is roughly what we could see if we lie down on the VLT platform at night, when the Laser Guide Star (LSG) is being used. The laser beam, launched from VLT´s 8.2-metre Yepun telescope, crosses the sky and creates an artificial star at 90 km altitude in the high Earth´s mesosphere. The LGS is part of the VLT´s Adaptive Optics system and it is used as reference to correct images from the blurring effect of the atmosphere. Three of the four VLT 8.2-metre telescopes are seen in this impressive view. The Milky Way, with the bright star Sirius at the centre, appears almost perpendicular to the direction of the laser. On the left edge, the sword of the Orion constellation is visible; the brightest diffuse spot is the star formation region M 42, better known as the Orion Nebula.