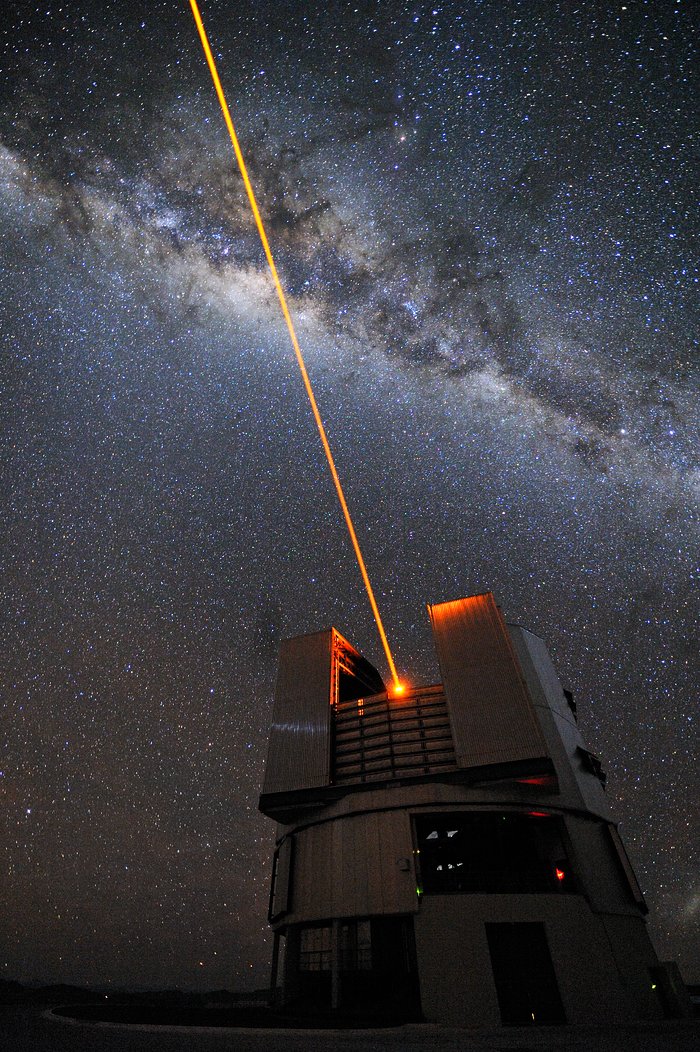 A powerful laser beam is launched from the VLT´s 8.2-metre Yepun Telescope and excites sodium atoms high in the Earth´s mesosphere, creating an artificial star at 90 km altitude. The Laser Guide Star (LGS) is part of the VLT´s adaptive optics system, which allows astronomers to correct images and spectra for the blurring effect of the atmosphere. Across the upper part of the image is the Milky Way, our own galaxy, seen in the sky perfectly edge-on. The yellowish bulge crossed by prominent dark lanes is the central part of our home galaxy. The dark lanes are huge clouds of interstellar dust, opaque to visible light. The ancient Andean civilizations saw in these dark nebulae their constellations, with the shapes of common animals, such as the lama, here visible on the right. The ESO´s Very Large Telescope is composed of four 8.2-metre Unit Telescopes (UTs, where Yepun is UT4) plus four 1.8-metre movable Auxiliary Telescopes (ATs).