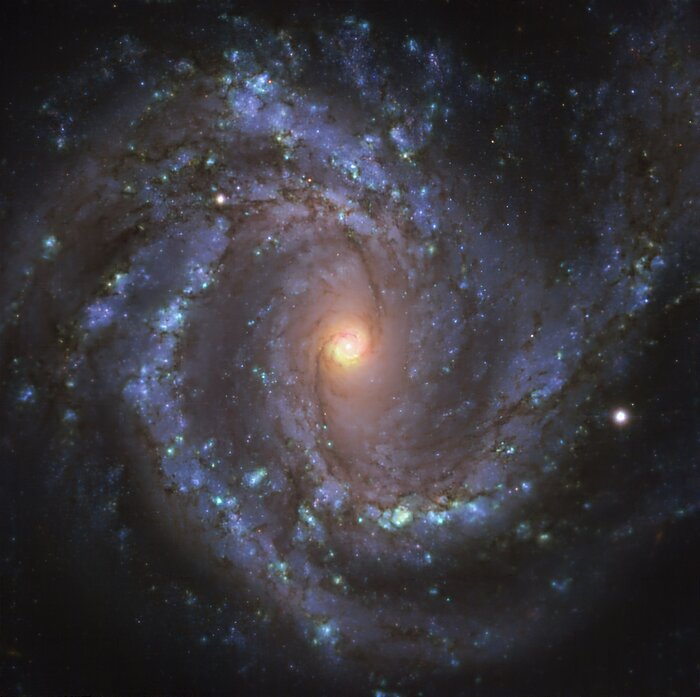 This image of the nearby galaxy NGC 4303, taken with the Multi-Unit Spectroscopic Explorer (MUSE) on ESO’s Very Large Telescope (VLT), combines green, red and infrared filters to reveal the distribution of stars.