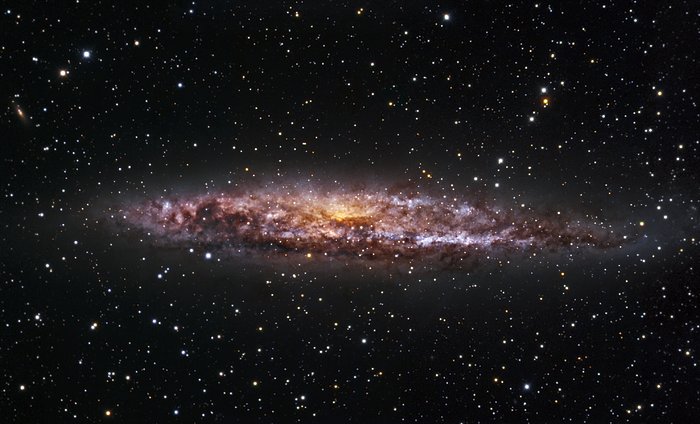 Portrayed in this image is the spiral galaxy NGC 4945, a close neighbour of the Milky Way. Belonging to the Centaurus A group of galaxies, it is located at a distance of almost 13 million light-years. Showing a remarkable resemblance to our own galaxy, NGC 4945 also hides a supermassive black hole behind the thick, ring-shaped structure of dust visible in the picture. But, unlike the black hole at the centre of our Milky Way, the million-solar-mass black hole inside NGC 4945 is an Active Galactic Nucleus that is frantically consuming any surrounding matter, and so releasing tremendous amounts of energy.