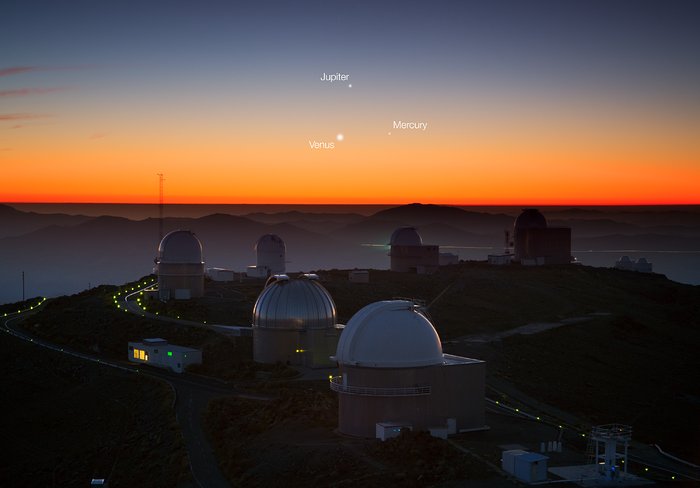 This image was taken by ESO photo ambassador Yuri Beletsky, who had the chance to spot this spectacular view of a planetary syzygy, also a triple near-conjunction, from ESO’s La Silla Observatory in northern Chile on Sunday 26 May. Above the round domes of the telescopes, three of the planets in our Solar System — Jupiter (top), Venus (lower left), and Mercury (lower right) — are revealed, engaged in their cosmic dance.