New cool starlet in our backyard 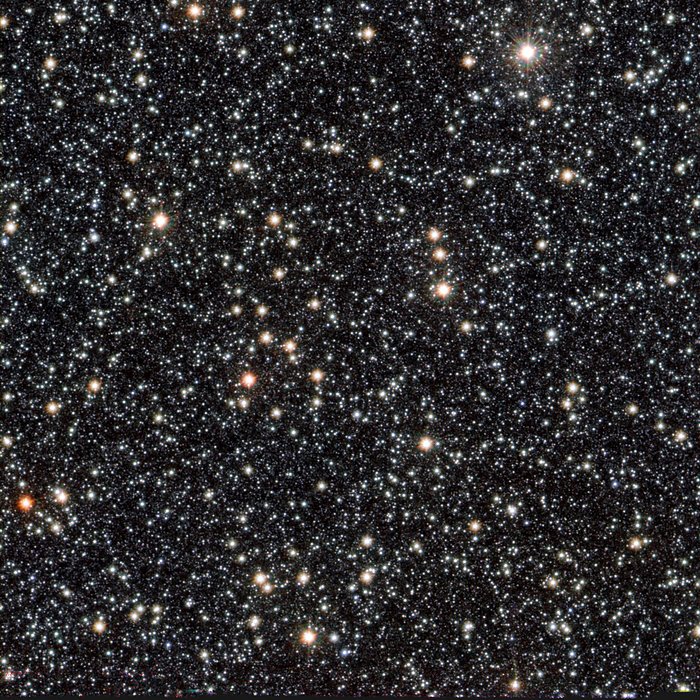 This new image, from ESO’s VISTA telescope, shows a newly-discovered brown dwarf nicknamed VVV BD001, which is located at the very centre of this zoomable image. It is the first new brown dwarf spotted in our cosmic neighbourhood as part of the VVV Survey. VVV BD001 is located about 55 light-years away from us, towards the very crowded centre of our galaxy.

Brown dwarfs are stars that never quite managed to grow up into a star like our Sun. They are often referred to as “failed stars”; they are larger in size than planets like Jupiter, but smaller than stars.

This dwarf is peculiar in two ways; firstly, it is the first one found towards the centre of our Milky Way, one of the most crowded regions of the sky. Secondly, it belongs to an unusual class of stars known as “unusually blue brown dwarfs” — it is still unclear why these stars are bluer than expected.

Brown dwarfs are born in the same way as stars, but do not have enough mass to trigger the burning of hydrogen to become normal stars. Because of this they are much cooler and produce far less light, making them harder to find. Astronomers generally look for these objects using near and mid-infrared cameras and special telescopes that are sensitive to these very cool objects, but usually avoid looking in very crowded regions of space — such as the central region of our galaxy, for example.

VISTA (the Visible and Infrared Survey Telescope for Astronomy) is the world’s largest survey telescope and is located at ESO’s Paranal Observatory in Chile. It is performing six separate surveys of the sky, and the VVV (VISTA Variables in the Via Lactea) survey is designed to catalogue a billion objects in the centre of our own Milky Way galaxy. VVV BD001 was discovered by chance during this survey.

Scientists have used the VVV catalogue to create a 3 dimensional map of the central bulge of the Milky Way (eso1339). The data have also been used to create a monumental 108 200 by 81 500 pixel colour image containing nearly nine billion pixels (eso1242), one of the biggest astronomical images ever produced.