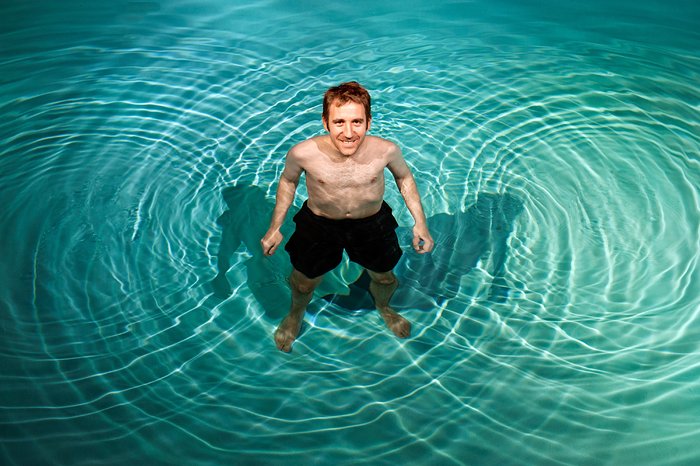 Astronomers do not always swim at the swimming pool at the Paranal Observatory Residencia, but when they do, they like to show how physical principles work. In this picture the French ESO astronomer Jean-Baptiste Le Bouquin is demonstrating how waves — not light waves, but water waves — can combine, or interfere, to create larger waves.

The combination of light waves is the main principle behind the VLT Interferometer: the light waves captured by each one of the four 8-metre telescopes are combined using a network of channels and mirrors. This way the spatial resolution of the telescope is vastly increased and, with enough exposure time, the cameras and instruments can reveal the same level of detail as a telescope with a 130-metre diameter mirror could, far bigger than any telescope in existence.

This image was taken by award-winning editorial and commercial photographer Max Alexander. See also Tribute to ESO’s Unsung Heroes, a video released by ESO for its 50th anniversary in 2012. The video is composed of a set of images, most of which were taken by Alexander, who was visiting the ESO sites for a project dedicated to ESO’s anniversary.