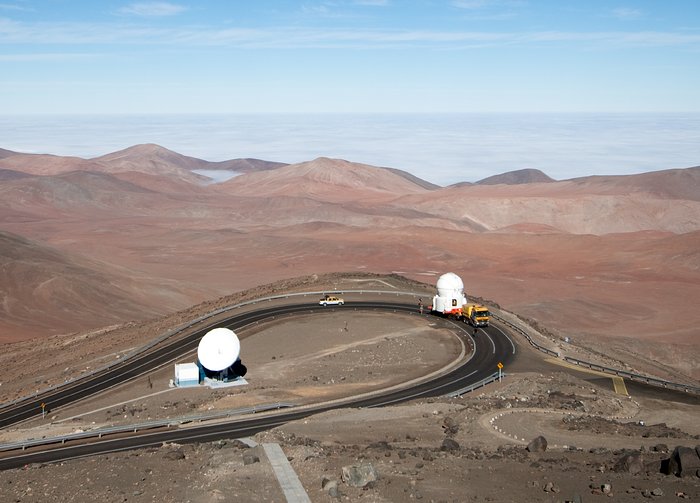 ESO astronomer Yuri Beletsky captured images of the transport of one of the 1.8-metre Auxiliary Telescopes (AT) that compose, together with their larger 8.2-metre companions, ESO’s Very Large Telescope (VLT) array. The AT was moved with the utmost care from the base camp, where it had been undergoing maintenance, including the recoating of its mirrors, back to the VLT platform on top of Cerro Paranal.

The ATs form part of the VLT Interferometer (VLTI), allowing this unique facility to operate every night. The ATs are mounted on tracks and can be moved between precisely defined observing positions, collecting light that is then combined in the VLTI. The ATs are very unusual telescopes, as they are self-contained in individual ultra-compact protective domes, and travel with their own electronics, ventilation, hydraulics and cooling systems. Each AT has a transporter that lifts the telescope and moves it from one position to the next. Although for the transfer down to base camp, ESO engineers and technicians rely on a more traditional means of transport, the truck.