Artist’s impression of a gamma-ray burst 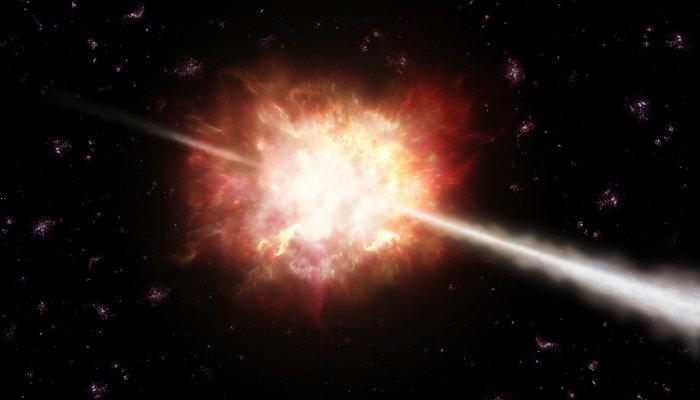 Gamma-ray bursts (GRBs) are powerful flashes of energetic gamma-rays lasting from less than a second to several minutes. They release a tremendous amount of energy in this short time making them the most powerful events in the Universe. They are thought to be mostly associated with the explosion of stars that collapse into black holes. In the explosion, two jets of very fast-moving material are ejected, as depicted in this artist’s illustration. If a jet happens to be aimed at Earth, we see a brief but powerful gamma-ray burst.