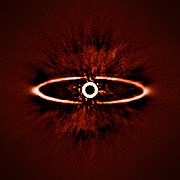 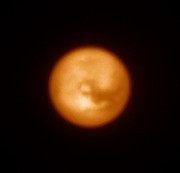 PR Image eso1417c
The SPHERE instrument attached to the VLT

PR Image eso1417d
The SPHERE instrument attached to the VLT 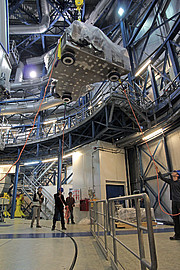 PR Video eso1417a
The SPHERE instrument during installation on the VLT

PR Video eso1417d
Cutaway animation of the SPHERE instrument on the VLT
Send us your comments!
Subscribe to receive news from ESO in your language
Accelerated by CDN77
Terms & Conditions