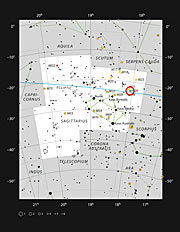 PR Image eso1504c
The Trifid Nebula in the constellation of Sagittarius 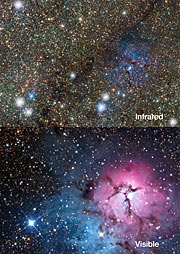 PR Video eso1504b
Zooming in on the Trifid Nebula, and two Cepheid variables far beyond

Slider comparison of the Trifid Nebula in visible and infrared light
Send us your comments!
Subscribe to receive news from ESO in your language
Accelerated by CDN77
Terms & Conditions