The programme will be carried out in a collaboration between the European Association for Astronomy Education (EAAE) [1] and the European Southern Observatory, and together with the European Commission (EC).

Here are three new photos from Cerro Paranal, the site of the future VLT Observatory. They were obtained by Herbert Zodet of the ESO Photo and Video Team on 19 May 1996. More photos, in particular aerial views, will become available within a few days.

Enclosures for Unit Telescopes nos. 1 and 2 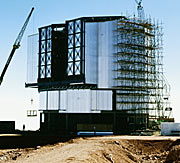 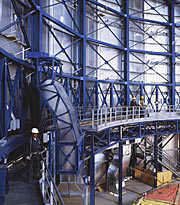 PR Image eso9628c
Early construction on VLT
Send us your comments!
Subscribe to receive news from ESO in your language
Accelerated by CDN77
Terms & Conditions