New Photographs from the Paranal Observatory

New photographic photos with large-format cameras were obtained in December 1998 at the ESO Paranal Observatory, the site of ESO's Very Large Telescope Array (VLT), by the ESO EPR team. High-resolution electronic versions (300 dpi, about 3000 pixels; 4-8 Mbytes) of some of these are now available on the web.

The eight motives were selected with the specific purpose of providing editors with a choice of scenes from ESO's new observatory at the present stage of implementation. The series include views from the VLT Control Room and of the second 8.2-m Unit Telescope that will achieve "First Light" a few months from now. The first astronomical instruments on UT1, FORS1 and ISAAC, are also shown. They will be at the disposal of visiting astronomers from April 1, 1999.

For convenience, the photos are also available in a smaller preview-size (300 - 600 kbytes).

It may be interesting to compare the (external) views with those obtained one year earlier. 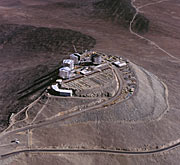 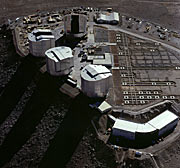 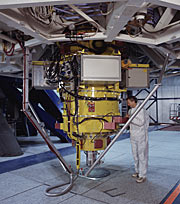 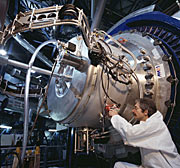 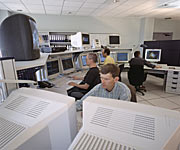 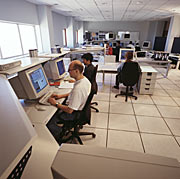 PR Image eso9902h
A Paranal sunset
Send us your comments!
Subscribe to receive news from ESO in your language
Accelerated by CDN77
Terms & Conditions