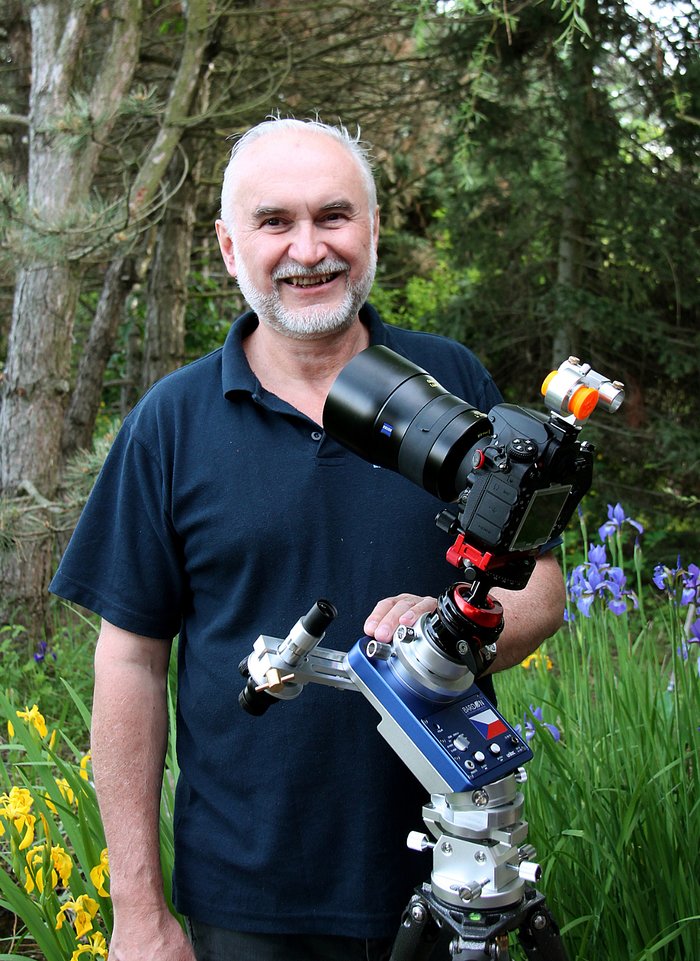 Born in 1961 in the Czech Republic, Zdenek has been an amateur astronomer for more than 45 years. His first telescopes were made out of cardboard tubes and lenses from his grandmother’s glasses. A number of years ago he built a fully robotic observatory in his garden. It is able to capture images throughout the night essentially on its own, with the only human input being made from the comfort of the living room; hence, he started calling this endeavour “Astronomy in Slippers”. The construction of this observatory took over eight years of work in the garage and it has served as a model for industrial robotisation of much larger observatories over the entire world. This effort has also brought Zdenek work opportunities in European organisations such as ESO and ESA.

Zdenek is the founder (in 2005) and chairman of a popular astrophotography competition called Czech Astrophotography of the Month. He is also a member of the Czech Astronomical Society and the Slovak Union of Astronomers.

Zdenek is an avid astrophotographer and therefore cannot miss a chance to capture an image of the Milky Way, especially in places such as La Silla, where the night is so very dark.