PR Image ann21015a
The observing platform as the crow flies * 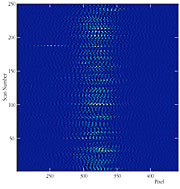 PR Image ann21015d
Panoramic view of the VLTI laboratory
Send us your comments!
Subscribe to receive news from ESO in your language
Accelerated by CDN77
Terms & Conditions