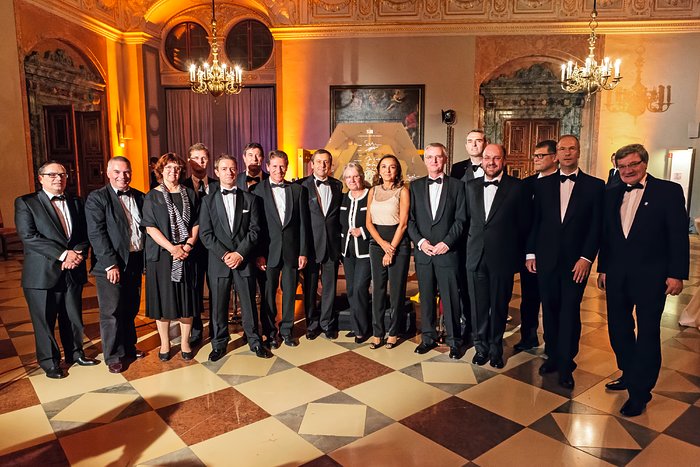 Representatives of the Member States of the European Southern Observatory (ESO) and its host nation Chile, among them seven ministers and two ambassadors, and representatives of the observatory itself, signed a prototype mirror segment of the European Extremely Large Telescope during a gala event that marked the 50th anniversary of ESO. The event took place in the evening of 11 October 2012, in the Kaisersaal of the Munich Residenz in Germany.