PR Image eso1241c
The Milky Way and Alpha and Beta Centauri behind the ESO 3.6-metre telescope at La Silla 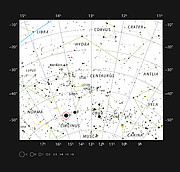 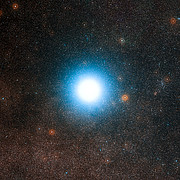 PR Video eso1241b
A fly-through of the Alpha Centauri system
Send us your comments!
Subscribe to receive news from ESO in your language
Accelerated by CDN77
Terms & Conditions