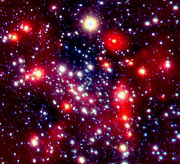 Abbildung eso0226a
The centre of the Milky Way 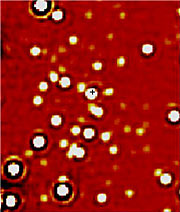 Abbildung eso0226b
The centre of the Milky Way (detail) 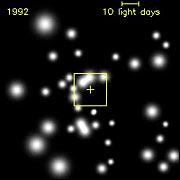 Video eso0226a
Motion of "S2" and other stars around the central Black Hole
Schicken Sie uns Ihre Kommentare!
Subscribe to receive news from ESO in your language
Accelerated by CDN77
Allgemeine Geschäftsbedingungen