One of the biggest mysteries in astronomy is understanding the laws that govern our Universe. Dinko Milaković has been part of a team of astronomers using ESO’s 3.6-metre telescope at La Silla Observatory to test these laws by very precisely measuring the fine-structure constant, a fundamental constant of physics that determines the strength of the interactions between light and matter. Dinko and his colleagues did this with a new specialised tool, a laser frequency comb, using it as a ruler to measure spectra from astronomical objects with unprecedented accuracy. This tool was installed on the planet-hunting instrument HARPS to increase its sensitivity in detecting Earth-size planets around other stars but it has several other applications. We talked to Dinko, a former doctoral student at ESO, to find out more about the laser frequency comb and how it can help us test the laws of physics. 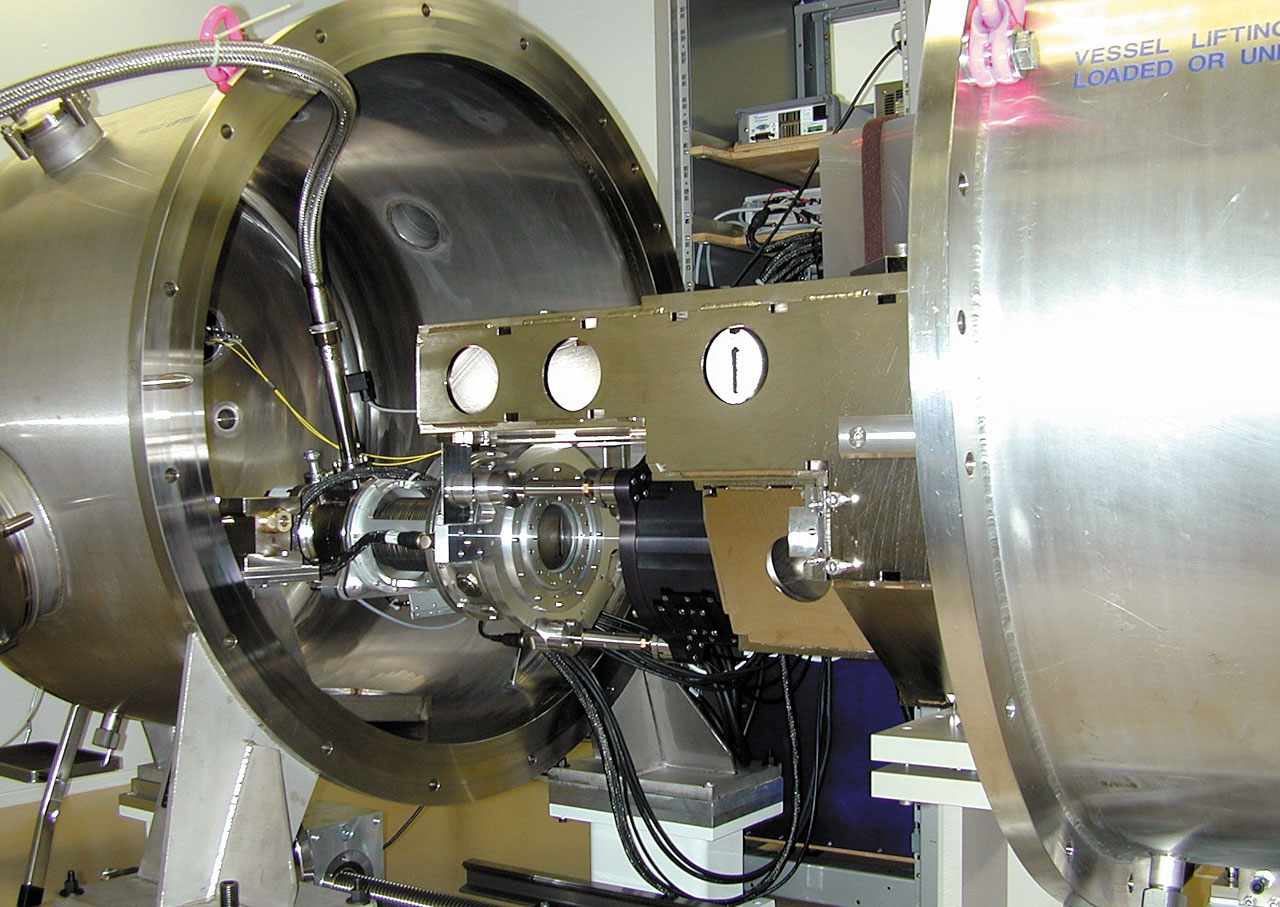 Q. How did you measure the fine-structure constant and what did your observations reveal?

A. We observed the spectrum of a quasar, a very distant, extremely luminous galaxy in the early Universe that contains a supermassive black hole. This is the first quasar spectrum calibrated with a laser frequency comb and we used it to measure the value of the fine-structure constant, which we call α (alpha), 8 billion years ago.

The spectrum we obtained using HARPS with the frequency comb was of sufficiently high quality to measure α at 40 different locations, each location at a slightly different distance between us and the quasar.

These 40 measurements most likely originate from a single galaxy cluster around 3 million light-years across. We can consider all the data together to obtain one very precise α value averaged across the cluster. We found that its value 8 billion years ago is the same as that today to 1 part in 3.7 million.

However, what is particularly exciting about our research is that for the first time we were able to investigate whether α varies from one end of the cluster to the other. We found that, if it does vary, it cannot be by more than 1 part in 11 000 from the value we measure in laboratories on Earth. 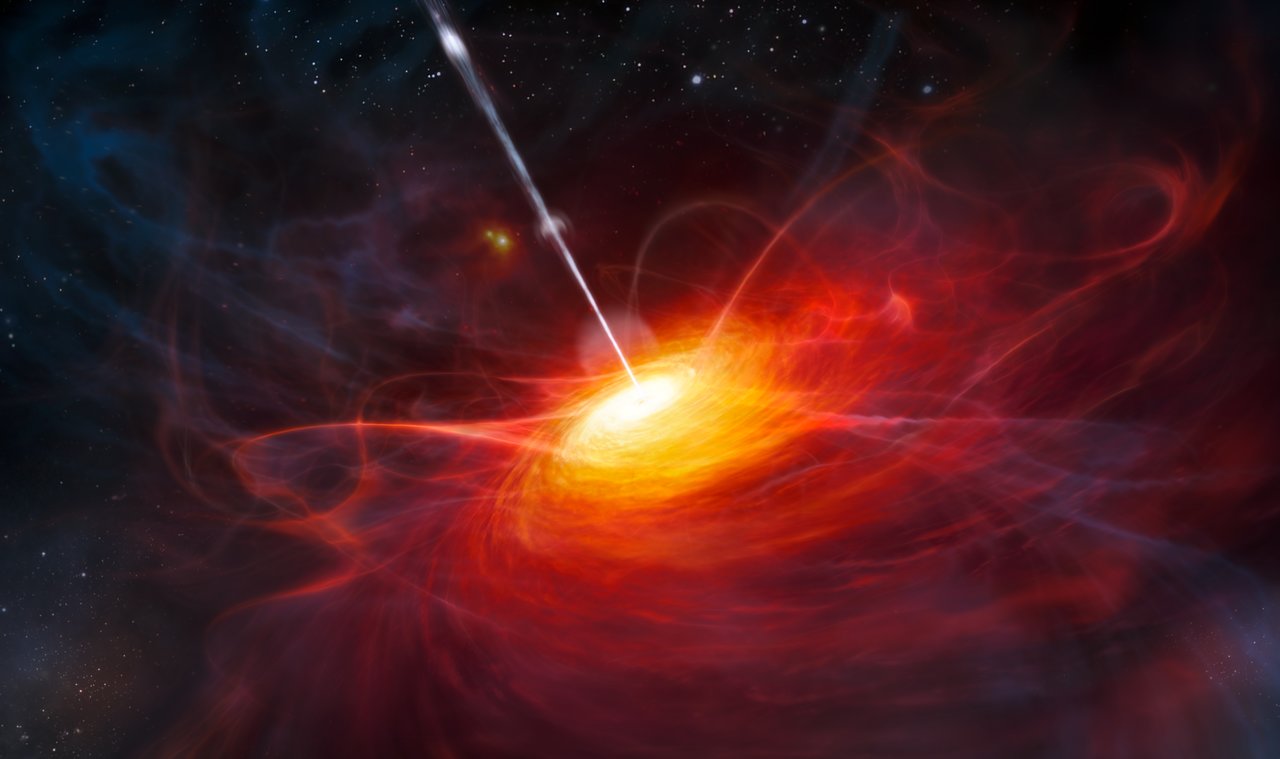 Q. Can you explain what exactly the fine-structure constant is and why it’s so important?

A. The fine-structure constant is one of the fundamental constants. This number determines the strength of the electromagnetic force, affecting how electrically charged particles interact with each other and with light. Its value also sets how separated different energy levels are in atoms and molecules. We measure this number to be close to 1/137 in our laboratories on Earth. In all searches using astronomical spectra and atomic clocks on Earth so far, no variations in α have been confirmed although some hints have been seen!

If it occurs, we expect that any variation in the fine-structure constant is very small. If α was just 4% different, stellar fusion could not produce carbon, so there would be no carbon-based life on Earth. But it’s important to see if we can spot even extremely small variations in the value of α, as that allows us to test different theories about our Universe.

Q. How can fundamental constants test our theories about the Universe?

By searching for variations in fundamental constants, we are actually testing our fundamental theories about the Universe.

A. There are two sets of rules that we use to describe our Universe. The first, the Standard Model of particle physics describes the properties and interactions of the fundamental particles, the building blocks of the Universe. The second, General Relativity describes how gravity acts. Together, these rules contain 22 special constants, called the fundamental constants.

However, we know that these two theories are incompatible: the Standard Model only works at the quantum scale and General Relativity works only at larger scales. In many theories that try to combine the Standard Model and General Relativity into one theory of everything, such as string theories, the fundamental constants are very likely to vary either in time, in space, or both. By searching for variations in fundamental constants, we are actually testing our fundamental theories about the Universe and, hopefully, finding answers to cosmic mysteries such as the accelerated expansion of the Universe.

Q. So, what are the implications of your findings? What do your measurements of α tell us about the laws of the Universe?

A. While we have not seen α vary in time over the last 8 billion years, we have opened up a new avenue of research – the search for small scale fluctuations in α. These fluctuations have been predicted by a model containing a new type of particle, so far undetected in the Universe, which influences how the electromagnetic force acts on ordinary matter. This new particle could also be causing the accelerated expansion of the Universe that we observe. The model predicts that the value of α may be different in different galaxy clusters, depending on their size and the time of their formation. We will use the new ESPRESSO spectrograph on ESO’s Very Large Telescope to search for fluctuations in other clusters and see if we can test this model. This will teach us more about the fundamental rules governing our Universe.

Q. Let’s talk about how you actually did your research. How did you manage to measure α?

A. My collaborators and I focused on measuring the value of α using quasar spectra. The quasar acts as a torch shining light towards the Earth, but in between are clouds of gas, which absorb some wavelengths of the light passing through. This leaves a pattern of dark lines, known as absorption lines, in the quasar’s spectrum. We measure the shifts in the positions of these absorption lines compared to laboratory wavelengths on Earth. For this we need a high resolution spectrograph with extremely accurate wavelength calibration. Our research is the first which uses a laser frequency comb to provide this accuracy.

A slight change in α is expected to change the energy levels in the atoms of different elements. This means the energy of the photon or light that is absorbed, and therefore its wavelength, is slightly different, with tiny shifts to redder or bluer wavelengths possible. By measuring the red and blue shifts in line positions and accounting for the cosmological redshift, we can then find the value of α in the clouds of gas where the light was absorbed.

HARPS can measure shifts in wavelength of one part in 100 million, an accuracy 1000 times smaller than the width of a human hair! 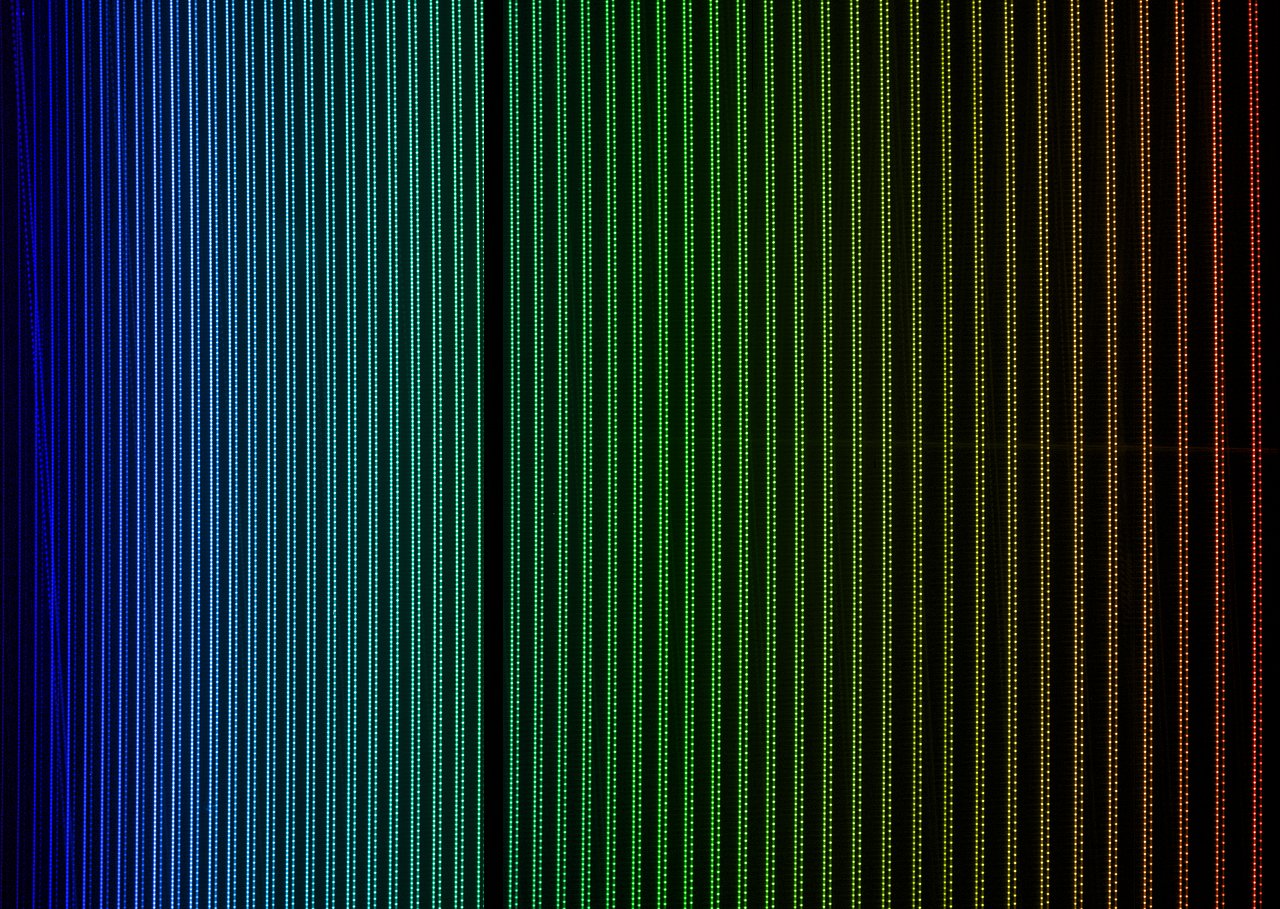 Q. What is a laser frequency comb and why do you need it?

A. The HARPS spectrograph splits up the quasar’s light into the ‘rainbow’ of many different colours or wavelengths but what wavelengths it shows is unknown. The laser frequency comb provides a reference spectrum, showing up as a series of dots on the detector, where the wavelength of each dot is known very precisely. By comparing this to the astronomical spectrum, you can measure wavelengths very accurately, like a very precise ruler. It can measure shifts in wavelength of one part in 100 million, an accuracy 1000 times smaller than the width of a human hair! This accuracy is unparalleled and cannot be reached by any other instrument without a laser frequency comb. Such accurate wavelength calibration helps us achieve more accurate measurements of α.

Q. Were there any challenges you had to overcome?

Q. How will ESO’s Extremely Large Telescope, planned to start operations later this decade, enable you to continue your research and what do you think we could discover with it?

The ELT will be important for cosmology, because it will test the fundamental physics of our Universe.

A. One of the main goals of the ELT is to look for variations in fundamental constants. Astronomers will do this using the ELT’s high resolution spectrograph, ANDES, equipped with a laser frequency comb. The ELT will bring huge benefits: it will allow us to constrain whether α varies to greater precision and increase the number of quasars we can observe. This will be important in producing more accurate measurements of α and constraining cosmological models. Another very exciting project planned for the ELT is the observation of the so-called “redshift drift”. As the Universe expands, the distances to very far away galaxies will slowly change. We can use ANDES to measure this effect, but it will take decades of hard work with its highly accurate frequency combs. The ELT will be important for cosmology, because it will test the fundamental physics of our Universe.

A different research team led by Jonay González Hernández of the Instituto de Astrofísica de Canarias, Spain, used the HARPS Laser Frequency Comb to measure tiny wavelength shifts much closer to home. They measured the solar gravitational redshift, where the light from the Sun is stretched to redder wavelengths due to its strong gravity. They made the most precise measurement of this effect to date, to a few metres per second, by measuring the Sun’s spectrum reflected off our Moon, and it still agrees with theoretical values, again proving Einstein’s General Theory of Relativity was right!

Dinko studied Physics at the University of Zagreb in Croatia. He spent some time in Sydney before getting an IMPRS studentship to do his PhD at ESO in Garching, Germany. In his first month at ESO, he participated in the commissioning of the HARPS laser frequency comb at the La Silla Observatory in Chile. He then started working on how to use the frequency comb for studying fundamental physics. Two years later, he went back to La Silla to obtain the first quasar spectrum calibrated in this way. He recently successfully defended his PhD thesis titled “Fundamental physics and cosmology using astronomical laser frequency combs”.