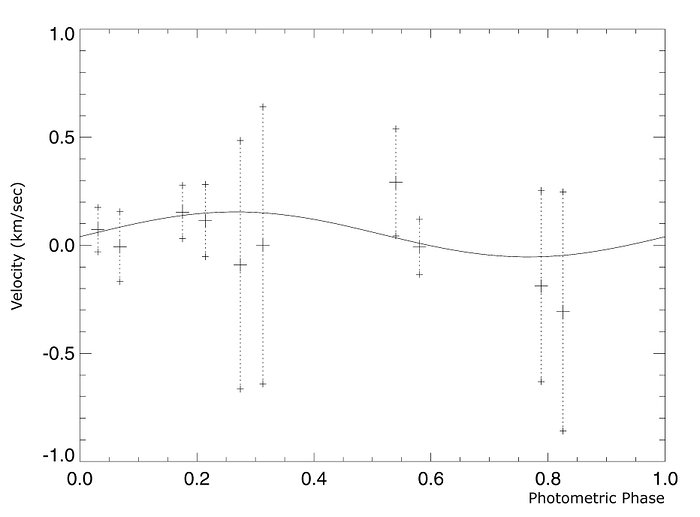 This chart displays the velocity variation of the star OGLE-TR-3, as measured from ten VLT-UVES spectra (each with 1-hour exposure time) and plotted according to the "photometric phase". This means that the planetary transit occurs at phase 0 (left) and again at phase 1 (right). The observed variation is in agreement with the expected one. The fully drawn curve represents the best fit to the observations (velocity variation about 120 m/s) — the mass of the planet is derived from this.