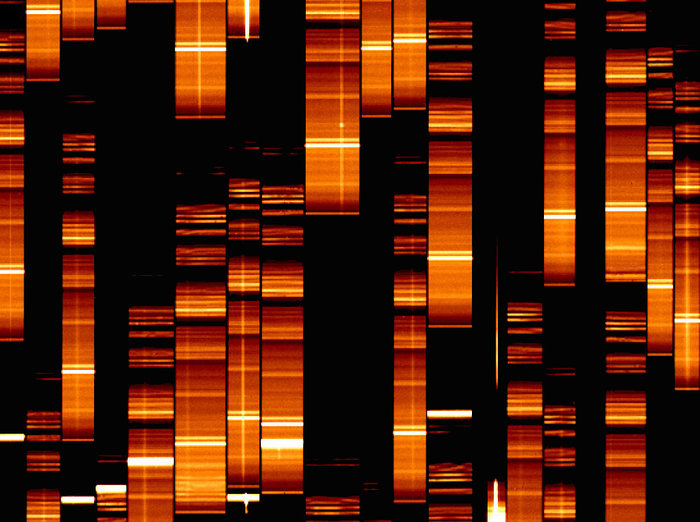 An enlargement of the first Multi-Object Spectroscopy (MOS) observations with VIMOS showing a small part of the field shown in ESO Press Photo eso0209b. The light from each galaxy passes through the dedicated slit in the mask (see ESO Press Photo eso0209k) and produces a spectrum on the detector. Each vertical rectangle contains the spectrum of one galaxy that is located several billion light-years away.

The horizontal lines are the strong emission from the "night sky" (radiation from atoms and molecules in the Earth's upper atmosphere), while the vertical traces are the spectral signatures of the galaxies. The full field contains the spectra of over 220 galaxies that were observed simultaneously, illustrating the great efficiency of this technique. Later, about 1,000 spectra will be obtained in one exposure.