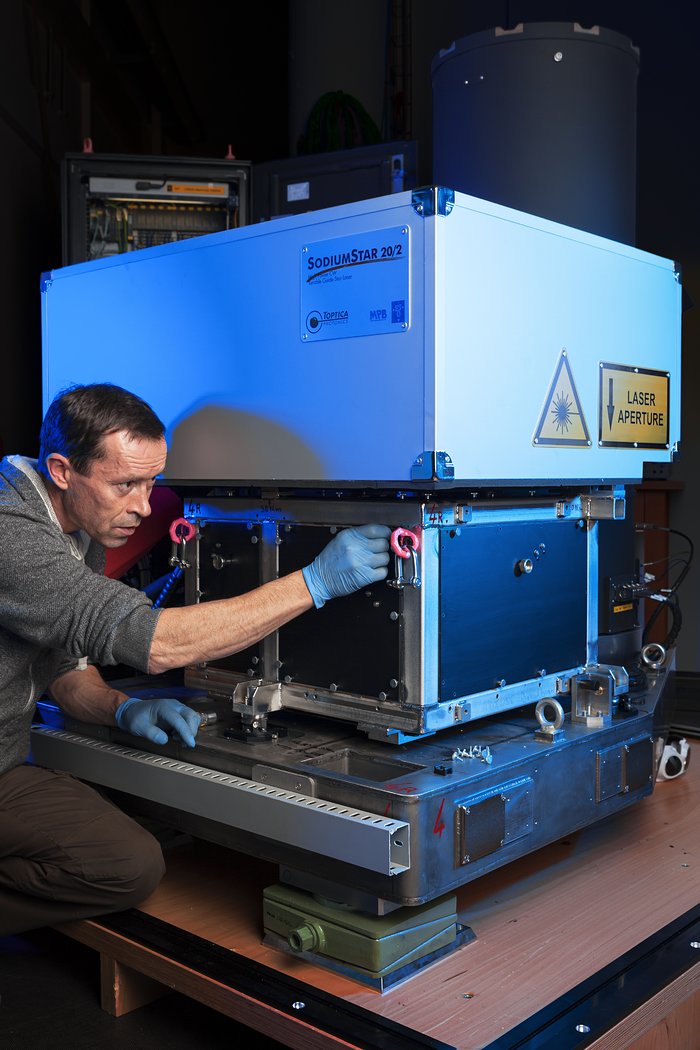 All four laser units that form the Four Laser Guide Star Facility — a core part of the Adaptive Optics Facility for ESO’s Very Large Telescope — were accepted by ESO and shipped to Chile in November 2015. This is a major step towards establishing the VLT Unit Telescope 4 as a fully adaptive telescope with much enhanced image quality.

This picture shows one of the units undergoing final testing by Christophe Dupuy, Integration hall manager, shortly before it was packed for shipping.