Web-like structures in the young universe 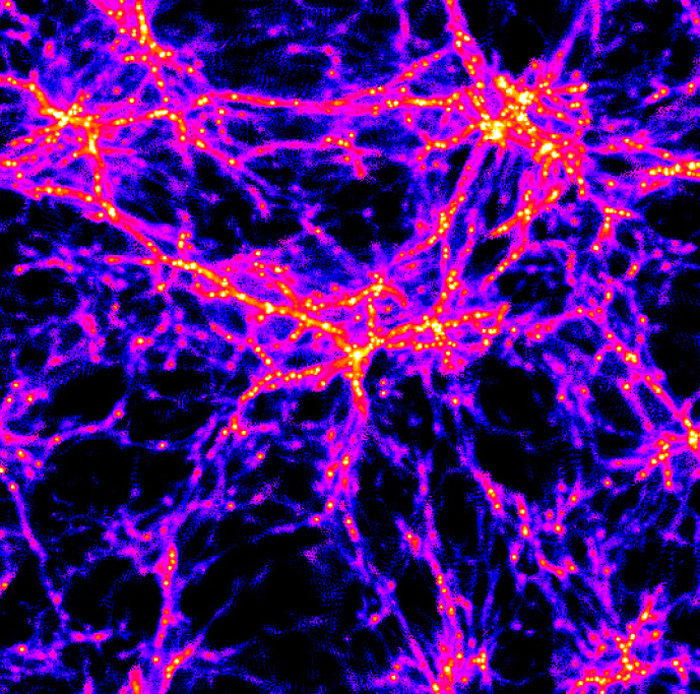 Computer model of the universe at an age of about 2 billion years. In the simulated universe gravity causes the primordial matter to arrange itself in thin filaments, much like a spider's web. The colour coding indicates the density of the gas, yellow for highest, red for medium, and blue for the lowest density. In the high density (yellow) regions the gas will undergo collapse and ignite bursts of star formation. Those small star-forming regions will slowly stream along the filaments. When they meet at the intersections (the "nodes"), they will merge and cause a gradual build-up of the galaxies we know today. In this sense they are the building blocks of which galaxies are made. This simulated image was computed by Tom Theuns at the Max-Planck-Institute for Astrophysics, Garching, Germany, and kindly made available for this Press Release