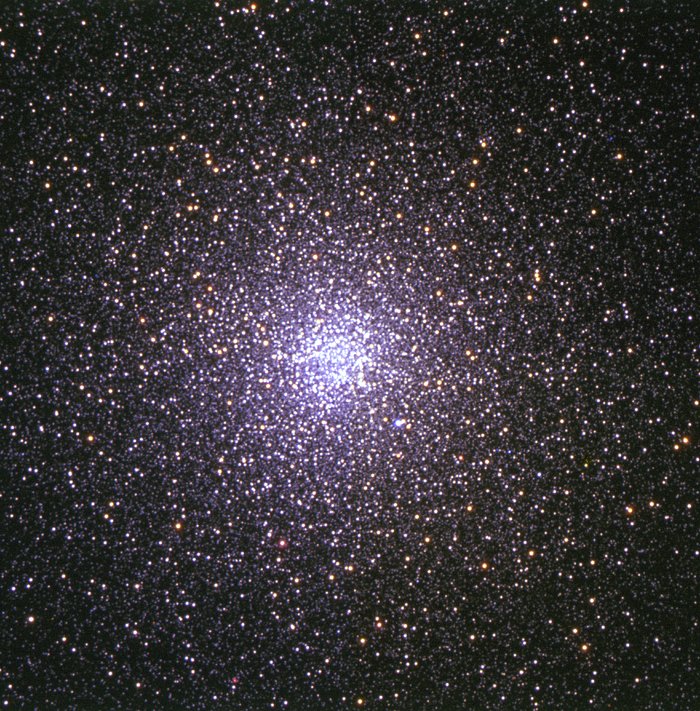 Based on data obtained with FORS1 on Kueyen, UT2 of the Very Large Telescope. The image, 7 arcmin wide, covers the central core of the 30 arcmin large globular cluster. The observations were taken in three different filters: U, R, and a narrow-band filter centred around 485 nm, for a total exposure time of less than 5 minutes. The data were extracted from the ESO Science Archive and processed by Rubina Kotak (ESO) and the final image processing was done by Henri Boffin (ESO). North is up and East is to the left.